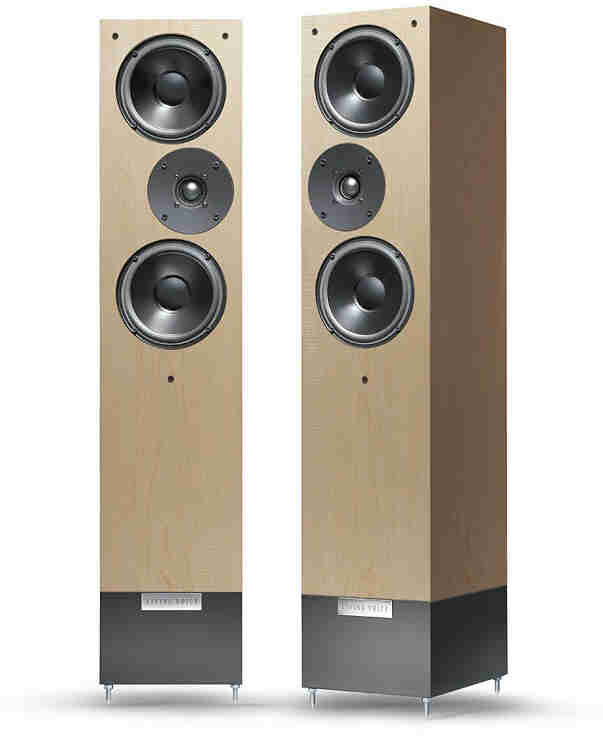 All share our favoured MTM (mid, treble, mid) driver configuration, which offers performance advantages over both a simple 2-way design and the more complex but less elegant 3-way option. The MTM topology possesses a more symmetrical polar and more even power response, as well as superior phase characteristics. Factor in higher sensitivity and lower intermodulation distortion and you have an elegant solution even before you design the crossover – a true Occam’s Razor approach. Presenting an easy load and a genuine 94dB sensitivity, each Auditorium model allows class A valve electronics to shine, bringing music to life with verve and vitality.

The elegantly proportioned cabinets and small footprint of the Auditorium Series conceal a meticulous, obsessive approach to the complex problems of loudspeaker design. The Auditorium’s unobstructive natural qualities cut straight to the heart of the musical performance. There is a common DNA from the Avatar R3 up with degrees of refinement, precision of component tolerancing, and overall component quality increasing significantly as you ascend through the range.

In 30 years of loudspeaker development, Living Voice has evolved to the point where around 90% of our crossover components are proprietary. Should we fail to find components that exactly meet our needs, we design in-house and have them engineered to meet our specific objectives – these include film & foil capacitors, non-inductive wire-wound resistors and precision air-core inductors. In this way we can temper the ‘voicing’ to meet our critical musical standards. Most recently, we have developed our own HF unit in conjunction with Scanspeak, a driver which preserves the elegance and filigree of the renowned Revelator but relieves it of a broad energy dip between 10kHz and 15 kHz.

Two 6.5” bass-mid drive units (again a proprietary design made for us by Scanspeak) are used in parallel to produce the equivalent surface area to a single 10” driver – but with half of the excursion and 50% lower intermodulation distortion. Our driver can work cleanly above crossover, facilitating seamless integration with the HF system without the need for steep electrical filter slopes or the use of notch filtering to counteract stop-band break-up modes.

Each Auditorium is ideally suited to exploiting the inherent advantages of class A valve amplification, and has been designed and voiced with the output impedance (and damping factor) of zero/low negative feedback direct-heated Triode designs in mind. In smaller rooms, the 8 watts offered by a single-ended 300B design can be fully realised, however we recommend the use of amplifiers with 15 watts or more to exploit the full dynamic potential available on a broad range of music programme. The dispersion characteristics of the Auditorium Series are such that they create a coherent soundstage even for listeners sitting significantly off-axis. This is emphatically not a ‘hot spot’ design. 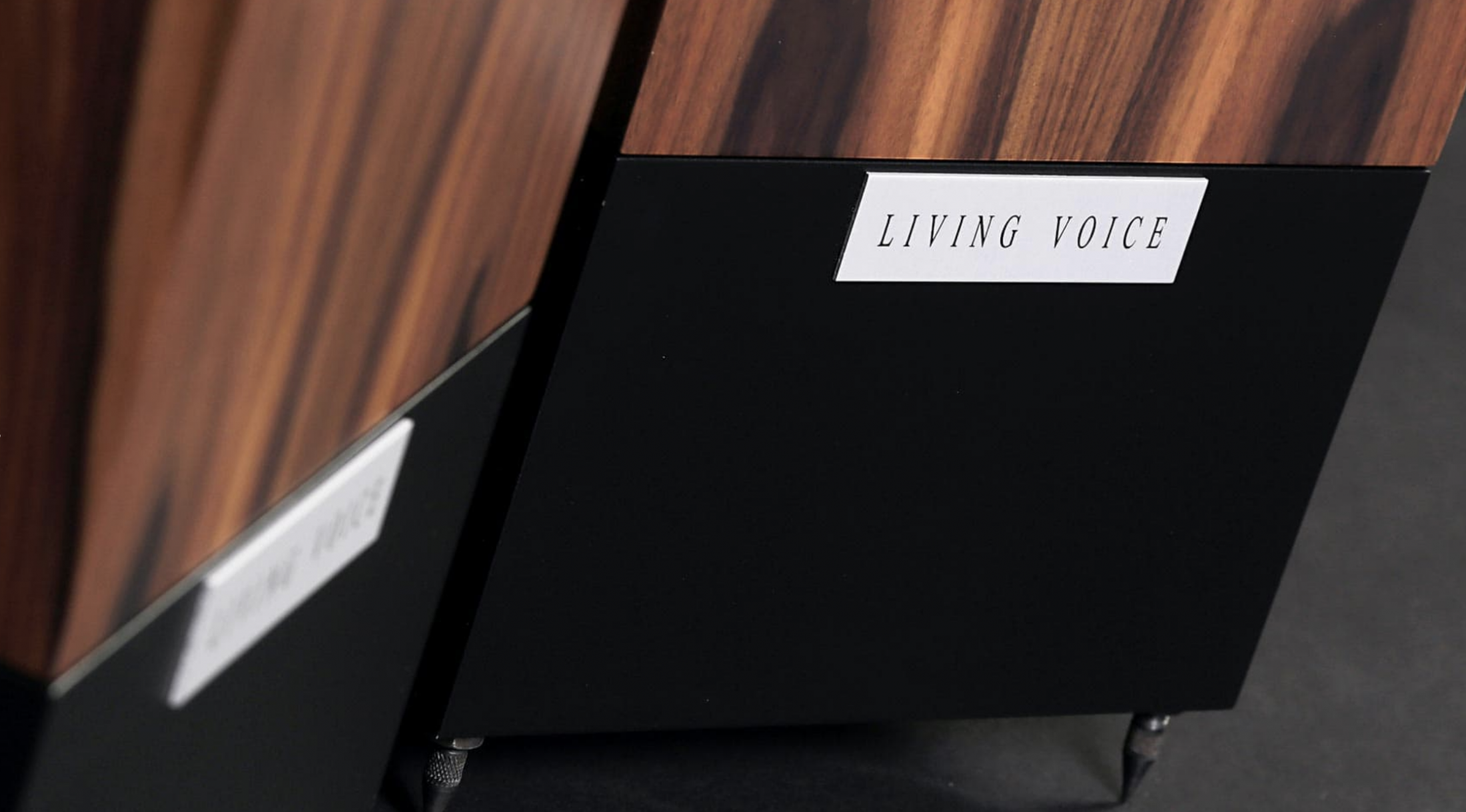 AUDITORIUM AVATAR
The Avatars build on the fundamental qualities of the Auditorium to provide a more refined, sophisticated loudspeaker for a serious and demanding music lover.

Possessing a broader tonal palette and greater degree of organisation and musical insight,the Avatar provides body, weight and purpose which add a physical believability to the musical experience.
The Avatar OBX-R2 is a natural evolution of the standard Avatar. There are many differences and refinements  the most obvious being the use of external crossovers for optimum performance (OBX variant) and the employment of the exceptional Scanspeak Revelator high frequency unit.

Such refinement means the OBX-R2 is stable, organised and unfatiguing. The speaker presents music in a manner which has consistent, believable proportions and maintains natural dynamic relationships. Music that you had previously regarded as indifferently performed or poorly recorded can often become highly accessible, convincing and engaging. Music you have always loved can find fresh expression and meaning. 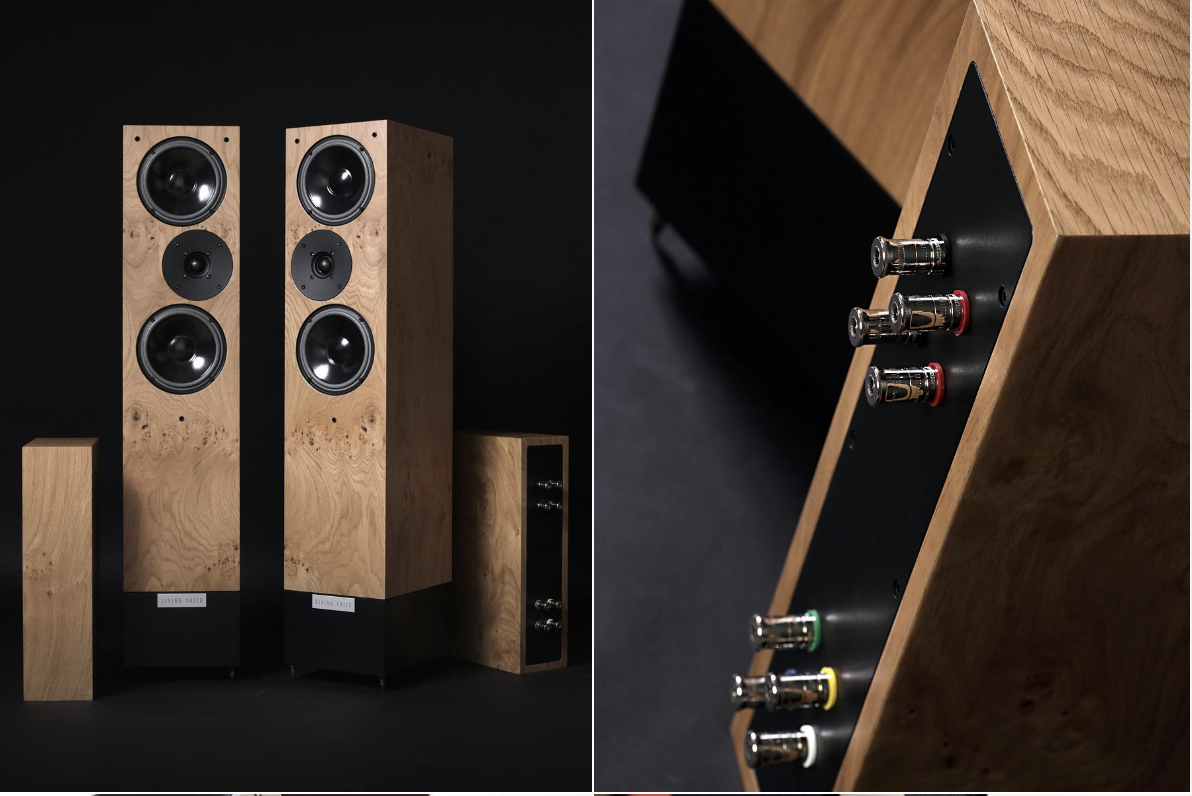 AUDITORIUM AVATAR IBX*/OBX-RW
The RW loudspeaker is the ultimate expression of our Auditorium design.

Developed with the insight afforded by Kondo KSL electronics, the RWs benefit from almost four years of meticulously painstaking auditioning, re-considering every detail and part of the loudspeaker from cabinet construction to component choice.

The result is a speaker which simply lets more music flow through, offering a palpable performance of coherence, scale and musical significance irresistible to a true music lover.


*The IBX variants house the crossover internally with a small loss of ultimate performance levels but of course with a smaller total footprint and lower cable costs.